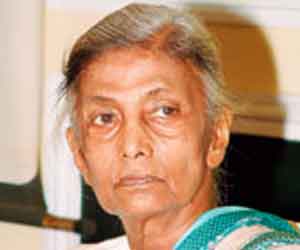 The first lady Chief Minister of Odisha Srimati Nandini Satapathy was born in Cuttack and did her degree from Ravenshaw College. She was the author of many poems and short stories and the editor of Odia monthly “Kalana”. She was also conferred with “Sahitya Bharati Sammana” for the Odia translation of famous novel “Lajja”. The Founder cum Secretary of Odisha Women’s Relief Committee, Srimati Nandini was elected to Rajya Sabha from Congress party twice. During her illustrious career she led Indian Film Delegations thrice, i.e. to Moscow & Tashkent and also accompanied the then Prime Minister as a member of India’s delegation to Commemorative Session of United Nations in New York. She was in the Chairmanship of Children’s Film Society of India twice. In Odisha’s political scenario she was elected as the leader of Odisha Congress Legislature Party twice & was the Chief Minister.