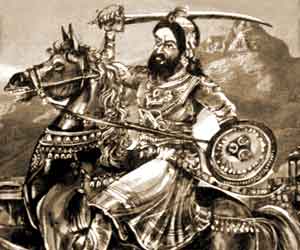 Aykrushana Mohapatra popularly known as Jayee Rajguru a great freedom fighter and martyr of Odisha was born on, 29th October, 1739 the auspicious day of the Anla Navami in Biraharekrushnapur in Puri District to Chand Rajguru and Haramani Devi. Jaykrushna was born in a family in which his ancestors served in the court of the King of Khurda as Rajguru. His forefathers were the political, military advisors and spiritual teachers to the King of Khurda and were traditionally called Rajguru. Jayee Rajguru was an excellent scholar in Sanskrit and a great tantra Sadhaka. He had mastered Vedas, Puranas and Scriptures in the early years of his life.