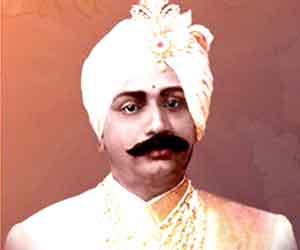 An Architect of modern Odisha. He attended the first Round Table Conference in London on 16th November 1930 wherein he made a fervent appeal for creating a separate province of Odisha on the basis of Language and homogeneity. As an eloquent spokesman of Odias , he was felicitated by Madhusudan Das, the father of modern Odisha. As a scion of illustrious Ganga Ruler he espoused the cause of the poor and downtrodden. Later played an important role in bringing together the vivisected parts of Odisha and laid the foundation of United Odisha. He was a member of old Madras Legislative Council, a member of royal commission of Agriculture and a member of Odisha Legislative Assembly. He was twice elected as Prime Minister of Odisha. He was an Educationist, Freedp, Fighter, Social Reformer and a champion of the poor. He established a permanent theatre at Paralakhemundi for promoting cultural activities.