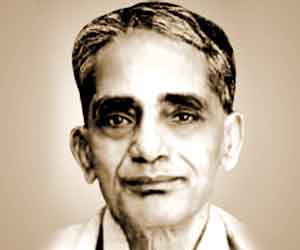 An eminent Freedom Fighter, able Statesman, remarkable Administrator, astute politician and a Charismatic leader. He was elected as the president of the Ganjam District Board in the year 1920 and joined the Non-cooperation movement in response to the call of Mahatma Gandhi in 1921 after giving up his lucrative law practice. Continued to be a member of Madras Legislative Assembly from 1921 to 1930. Gave up the membership of the Madras Legislative Assembly in 1931 and joined Salt Satyagraha. As a great Patriot led the peasant movement and fought for the creation of a separate Odisha Province. He had the distinction of being elected as Prime Minister of Odisha. Resigned from the Prime Ministership on 4th November 1939 at the bidding of Indian National congress. In 1950 got elected to Lok Sabha and became the President of Utkal Pradesh Congress Committee. He was appointed as the Governor of Uttar Pradesh. A noble son who has left an indelible impression on a resurgent Odisha.